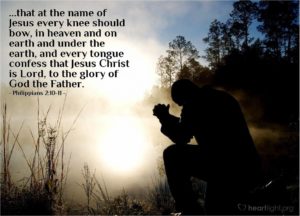 esus’ entire life and ministry were marked by two overriding purposes
1. To do the will of the Father (Matthew 26:39)
2. To fulfill the Old Testament prophecies of the Messiah’s first coming (Matthew 5:17)
As Jesus began to ride into the city of Jerusalem, on that Monday “Most of the multitude spread their garments in the road” There was a great excitement and ecstasy as the multitude proclaimed praise to the Rabbi from Galilee who taught with such authority and who had healed their diseases and even raised the dead. Jesus was completely surrounded by a mass of humanity. The expectations that He was the Messiah, and would bring deliverance were so great that the crowd became totally caught up in what, from a human perspective, was a frenzy of mob hysteria. The problem was that the people wanted Jesus on their terms, and they would not bow to a king who was not of their own making. Many people today are open to a Jesus who they think will give them what they want. Like the multitude at the triumphal entry, they will loudly acclaim Jesus as long as they believe He will satisfy their selfish desires. But like the same multitude a few days later, they will reject and denounce Jesus when He does not deliver as they expect.
How about you? Do you recognize Him as King of kings, and the Savior of the World? Philippians 2:9-11 says “Therefore, God also has highly exalted Him and given Him the name which is above every name, That at the name of Jesus every knee should bow, of those in heaven, and of those on earth, and of those under the earth, and that every tongue should confess that Jesus Christ is Lord, to the glory of God the Father.”
Will you turn to the Jesus outlined in the Word of God this Easter, and choose to follow Him as He outlines in His Word?