Throughout the prologue to John’s gospel (1:1-18) John has declared the profound truths of Christ’s deity and Incarnation. reaching a 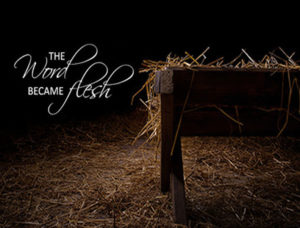 powerful crescendo in verses 14-18. These verses summarize the prologue, which in turn summarizes the entire book. In his characteristically simple language, John expressed the glorious reality of the incarnation by pointing out its nature, witnesses, and impact. We see here the mystery of the incarnation – the fact that the Word now assumed a new form of existence. There was a unity of the Lord’s person before and after the incarnation. He did not cease to be God, the second person of the Godhead in his incarnation but at the same time his humanity was both real and complete. The humanity of the Lord Jesus was not something temporarily assumed and then later discarded, it expressed a new form of existence not a new existence. It is this incarnation that allows Him to represent us before the Father in an eternal basis. We do not have to go to men for forgiveness, or intercession, instead according to 1 Timothy 2:5 “For there is one God, and one mediator between God and men, the man Christ Jesus;” Jesus has become our high priest before the Father, and He is able to represent us because He understands the battle that we as humans go through on a day to day basis. As we prepare for a new day, let us go before the Lord each day, may we do so with a calm confidence of His abiding presences.