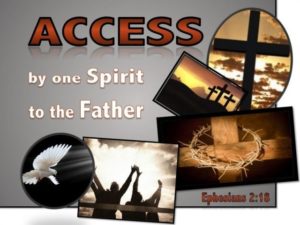 he story is told of a Southern soldier, who had been freed from prison camp because he was wounded to sorely to return to active duty, and he was seeking access to the President in order to intercede for his brother, the sole support of their mother, who was in a prison camp. The soldiers on guard at the White House would not let him in. One day a little boy was walking near the White House, and he observed the crippled veteran seated on a bench, crying. The boy asked what the problem was. The man explained that he wanted to see Mr. Lincoln to tell him about his brother but the soldiers would not let him past. The boy looked at the soldier compassionately, and held out his hand and said come with me. They walked past the soldiers who were guarding the White House, and through the halls to President Lincoln’s oval office. He walked into the office and introduced the soldier to the President and ask him to listen to the crippled soldiers request. How could one little boy make the difference, he cut through the red tape, and took the soldier directly to the President. The reason is because that little boy was the President’s son, Tad Lincoln. In a similar way we are told in Romans 5:2 that we have access to the Father through Son. How is that possible? Because a loving Father always gives access to His Child. Now remember we are also adopted into the family of God, therefore, we have access to God through that relationship. Meditate on that for awhile.